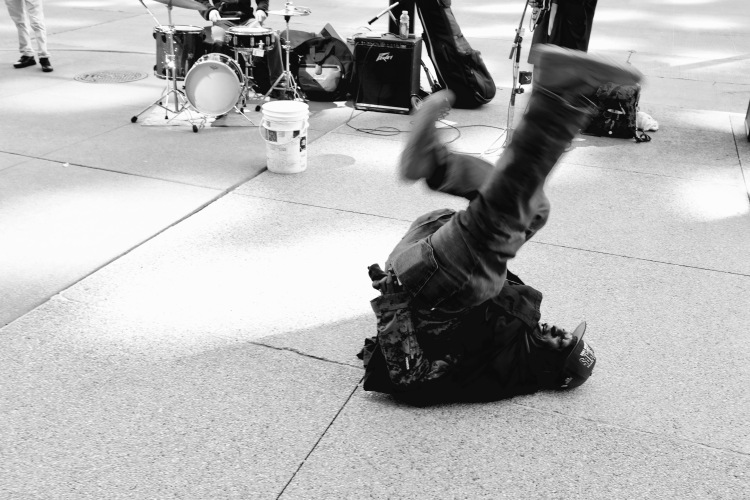 I will get to the picture above a bit later.

First, let me give you a scenario. Imagine there is a job you have dreamed of your whole life. It is all you have ever wanted to do. You spend every day trying to make it happen. You are passionate and diligent. You work hard. This job is all you care about.

And then one day, a couple of years later, you realise something fairly bleak. You are not good enough. And what’s worse is that in your heart you know that you will never be good enough. You have the dedication but you don’t have the ability. You have limitations that you can’t conquer. You have to give up the dream. Think about how you would feel and what you would do if you were in that situation. What do you think the solution could be?

Now, what if I told you the solution and the way forward for you was in the fact that you were limited. That this limitation would make you incredibly successful and a worldwide phenomenon.

I know it sounds far-fetched. Except it is true.

I am with my wife, son Jamie and 2000 screaming kids at the Auckland Writers Festival. Jeff Kinney is the author of Diary of a Wimpy Kid and he telling his story. He has sold over 150 million copies of his books. There has been 4 movies. And he has his own bookstore in his hometown which has the perfect name. Plainville, Massachusetts.

The scenario I painted earlier was Jeff Kinney’s story. He wanted to be a cartoonist for a daily paper. He wanted to have a strip like Calvin and Hobbes. But, after trying for a long time he realised he wasn’t good enough. He was not a fine artist, he didn’t have the skills.

I would imagine that was a dark day. For most of us we would have given up, right? Jeff did something different.

He said to himself, perhaps I am not good enough to be an adult cartoonist but what if I re-imagine myself as a 12-year-old boy who likes to draw.

People often ask me what creativity can do. If this example is anything to go by, the answer is it can change the world.

Jeff was faced by limitations and obstacles. He used them to create a new reality for himself and the world. There are very few things that can change the world and create a different reality. In fact, creativity might be the only thing that can do this. And to be clear, not measure reality, or confirm reality, but alter reality. It is a form of alchemy that is as close as we can get to magic. It can create opportunities beyond all measure. It is also something we should value far more.

You are probably wondering about the photograph. Jeff Kinney’s story reminded me of it. I took it on a street corner in Chicago a week before I saw him speak.

Here is how it happened. There was a slightly unenthusiastic band going through the motions being watched by an equally unenthusiastic crowd. The gentleman with his feet in the air appeared from nowhere. And like Jeff Kinney, he asked himself a simple question.

His question was what if I wasn’t a homeless guy but I became James Brown and this band was here to support me and make me look like a star?

Now granted, he may have been high. But, by asking this one question he changed his reality. He began to dance and perform. He began to play with and to the crowd. He became Mr Entertainment. This made his pasty backing band look boring as hell. What’s more he made a lot of cash. The now backing band wasn’t happy but he was. He had in a small way changed the, or at least his, world.

This is what creativity does. It does not accept what is. It pays no attention to limitations or rules. Because of this it makes a leap. This is what makes creativity different from all other things. The leap. Almost everything else is an orderly process or at least has some steps. There are rules. There is a beginning, a middle and an end. There is a pattern.

Creativity says bullshit. It breaks the pattern. That is why it is priceless. It just comes along and says reality was like this and now it is like this. And off we go.

In a single moment, the world can be changed forever.

One thought on “What if you could change the world?”