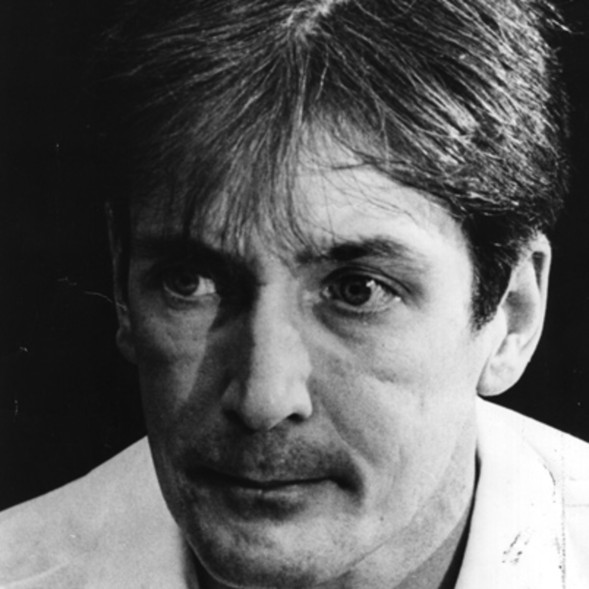 “You have to choose the move that feels right sometimes; that’s what intuition is.”
Magnus Carlsen. World Chess Champion. Grandmaster at the age of 13 and 148 days.

On January 17, 1977 Gary Gilmore (pictured above) was executed by firing squad for two murders he committed in Utah. His final words. Let’s do it.

In 1988 Dan Wieden read these final words in a newspaper and said if we changed that to ‘Just Do It’, it would work perfectly for that little running shoe company we have as a client.

Nike. Just Do It. The most famous line in advertising came from a dying man’s final words.

All because a great creative saw something. He saw the connection. For me that is what creativity is. How you connect things. Things, that often don’t make sense.

This is what Steve Jobs had to say about the subject.

“Creativity is just connecting things. When you ask creative people how they did something, they feel a little guilty because they didn’t really do it, they just saw something. It seemed obvious to them after a while. That’s because they were able to connect experiences they’ve had and synthesize new things.”

I had stumbled on the Nike story and the Steve Jobs quote because I was putting a talk together about creativity. For me they show the power and the problem of intuition. The power is the gigantic leap it can make for a business. The problem is it is almost impossible to replicate. Just imagine a shoe company across town from Nike saying we want a ‘Just Do It’ line. And their solution is to try and copy the process. So, they get all the last words from every prisoner executed in America. I think you can see how this is going to end in tears. Yet, this is often what happens in advertising.

This is the problem with being a creative. You don’t always know how you did something. This makes you vulnerable, insecure and a little guilty. Because of this, most creatives I know on some level feel like a fraud. It is also why a great creative environment is so important. It allows creatives to play and most importantly try again.

I also watched a lot of other talks that were less interesting while I put my presentation together.

In many of these talks, given by so called marketing experts, there was a strange theme that ran through them all. They would talk about their process a lot. They would talk about how efficiently and quickly they got to ‘ideas.’ Many of them had foolproof ways and methods to get to these ideas. Step 1 led to step 2. Flowchart. Many people vote on the idea. Everybody agrees on the idea. Many post-its. Everybody high fives because the process worked so well. But here is the kicker. And in my world, it’s a pretty big kicker.

The work was shit.

And I don’t mean in a high-brow get off your high horse creative director way. I mean, in a generic, vanilla, bland, I have seen this a hundred times before kind of way.

I really found that strange. However, what I found even more strange was that nobody seemed to notice. The people at these conferences seemed far more interested in the process than the end result. The work didn’t really seem to matter, as long as the process could be replicated.

My other thought was where does intuition fit into these processes? And perhaps, that is a stupid question. Intuition should never be inside a process, should it? An idea like ‘Just Do It’ would not survive a 15 step process. You would lose the edges and end up with some drivel like ‘Be all you can be.’ What nobody seems to be noticing is that a factory like process makes things very consistent but also very generic. Everything looks the same. Everything sounds the same.

In advertising not to be different is virtually suicidal.

This is a timeless quote from Bill Bernbach. It was made a long time ago. I believe it still holds true. And, I believe it is far more true than making generic work that looks and sounds like your competitor, putting it everywhere and hoping you get a massive return on your investment.

For creatives, the problem is and has always been that intuition, or that messy spark of inspiration is illusive and almost impossible to replicate.

The alternative is to create a smooth process that can be replicated and leads to something that often looks like everything else. This is a much bigger problem that is growing by the day.

A smooth process and a brilliant product are not the same thing. And despite what many say, one doesn’t lead to the other. Great work needs a space for intuition.

No matter how many people try and turn creativity into a matrix, true creativity will always be the glitch in the matrix.

That’s just how it works.

And why it is so valuable.

8 thoughts on “Advertising. Listen to the dead man talking.”