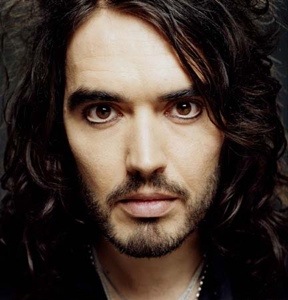 Russell Brand is using his many skills as an a stand up comedian against Jeremy Paxman in an interview we probably have all seen by now. As I watch it, I have this overwhelming feeling of de ja vu. I have seen many speak like this before. And they are normally one half of a successful team.

Creativity is strange because with it comes a built in insecurity. To see a variety of perspectives and various points of view you have to be quite flexible and be willing to be wrong. Certainty and creativity don’t have great sex.

In the beginning, you don’t know if you are right or are just making a big mess. It takes courage and bravery to stay with the process. It takes somebody with dedication and sheer willpower to find that piece. Someone, who will find something unique because he will go where nobody else has gone. When everybody in the room says it’s dumb he stills goes to have a look. He cares deeply about details that everybody else thinks are trivial. Details. He also cares deeply about making it. He thinks about how to do it. That isn’t Russell Brand. That would be his fat friend Greg.

Greg is a different type of creative to Russell. He doesn’t care about words he cares about doing. And make no mistake Greg needs Russell. You see once you have an idea that has been created using the wisdom of uncertainty you have to very quickly move to certainty. You have to sell the idea. This is where Russell comes in.

Russell is confident and clever. He is incredibly articulate and the ladies as well as quite a few men like him. He grasps concepts and can tell a story like nobody. He has charm and perhaps a bit of danger. He is a salesman.

He walks into a boardroom with Greg shuffling behind. He speaks, they listen. He sells first time. He probably will get promoted but he won’t take the promotion unless Greg is promoted too. Well, that’s what a smart Russell would do. A smart Russell would understand the symbiotic nature of their relationship. A dumb Russell will eventually die because he believes his own press.

That is the story of about a billion creative teams. Teams like this are successful because they are able to harness uncertainty and certainty at the same time. I can think of about 5 people I have met in 20 years that can do both equally well. In my book that is genius level. Russell Brand may be a genius, but we will have to wait and see.

As I said these people are rare. This is why great teams are very often opposites and they make no sense until you see the work.

What we saw in the Russell Brand interview was a great pitch. A world class salesman. Excitement, bold ideas and entertainment. All very important.

But, there was a moment that gave Russell Brand’s limitations away. It showed why he needed a Greg. Paxman asked him how he would make these powerful ideas happen. He couldn’t answer. He said his job was just to put ideas out there. Paint the big picture. Stir things up a bit. People more qualified than him would have to make them. In other words, somebody else would have to make this shit happen.

If I have learnt anything in my career it is that it’s fucking easy to say something, it is much harder to do it. I have seen seen a single sentence uttered in seconds take a year to happen. To go from an idea or thought to being real.

If any of those ideas actually had to happen I guarantee Russell would turn to his friend Greg the doer. And Greg would begin the journey of making them happen.

Russell Brand was being interviewed alone. It was all about him. A salesman for a generation. He has some very interesting ideas and thoughts. But no detail. No, this is how we can do it.

What he has done well is articulate how people feel and his points about flaccid governments are valid. However, for his ideas not to be discounted he needs to make them happen. And for that, he better find his fat friend Greg. Pronto.

One thought on “If Russell Brand doesn’t have a fat friend called Greg, he has a problem.”