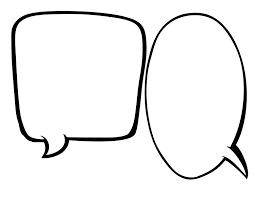 “We are defining the boundaries of normality by tearing apart the people outside it.”

“We see ourselves as nonconformist, but I think all of this is creating a more conformist, conservative age.”

The last couple of weeks I have struggled to write anything. I have even contemplated stopping this blog. I had this feeling of dread that all I was doing was contributing to the pollution. Yet one more fucking opinion. I have found myself with glazed eyes scrolling through the echo chamber that is Linkedin. Hundreds of posts where everybody has some new definition or answer. Jargon and 5 point plans that claim to be radical but are in fact the exact opposite. More than that though, there seems to be this overwhelming feeling of trying to get to some sort of collective consensus. A sea of sameness. We should conform. Nobody really steps out of the square. A hall of mirrors desperately trying to create a single, politically correct, inoffensive reflection.

I am pretty sure Russia under Stalin had very few stand-up comedians that didn’t end up in Siberia.

While I was thinking about this I started reading a book by Jon Ronson. It’s called ‘So You’ve Been Publicly Shamed.’

It’s about how social media has destroyed people’s lives. It shows their mistakes and how in some cases their lives were destroyed by giving their dumb opinion or making a stupid comment. Something none of us have ever done right? It is a very interesting read that humanises these people and makes you realise how the punishment often doesn’t fit the crime.

I thought about how this applied to advertising. I started to think about how this fits with advertising blogs. What kind of environment have we created to make creatives feel like they can take risks? I can tell you from personal experience, if you stick your neck out with an opinion or work that is perhaps controversial you can experience an advertising version of public shaming that can be pretty brutal. I know of some instances where people have left the industry or had breakdowns and, if you do a little research online, far worse.

As creatives, we should support each other far more than we do. Far more. And, by not doing it, are we slowly creating a virus that will create an industry where the work inch by inch gets worse? We always speak about having fun. We talk about playfulness and the importance of being able to make mistakes. But do we really believe that? Does our behaviour to each other show that?

Perhaps it’s just me but this all feels incongruous with the bravery and courage creativity needs. Now, I know critics and criticism have always been a part of any creative endeavour. However, as creatives we should be all for pushing the envelope and supporting those that try and fail. There are enough people to pull us back. We shouldn’t do it ourselves. We are often guilty of being the critics that create a kingdom of fear that we have to live in. Less time, less mistakes, less free thinking and more critics creates an environment where the opposite of creativity is created. Fear.

In my career, the people that have pushed me forward were mavericks. I am not sure there are many left. And I am not sure they are that wanted. The ones I learnt from were brave and had the courage of their convictions. They were people that had your back and you would follow into battle. They didn’t care what everybody thought. They cared about what they believed or could feel. If they believed or felt something they were passionate and persuasive about that point of view. They knew if they felt it, they could make others feel it too.

I have been in a room where one of the world’s most legendary creative directors listened to an entire room of senior people for an hour. All of them totally disagreed with him. He didn’t care, he stuck to what he believed and in the end he was right. He didn’t care if he was popular. He cared about the idea. And of course, that is the real secret.

It’s strange how out of date that paragraph sounds. It shouldn’t but it does. Today, many would call that Creative Director difficult and not a team player.

To quote G.K Chesterton. “I’ve searched all the parks in all the cities and found no statue of committees.”

Consensus and agreement are what happens at the end with many. Vision and belief happen at the beginning with very few.

Great work takes courage and bravery. It doesn’t just happen. If you think you just need lots of ideas you are in for a big surprise. Great work happens because somebody believes in it. The more we as a creative industry take away the conditions for belief by destroying each other, the more we end up with something vanilla and unremarkable. Our industry cannot afford to do this to itself right now.

If ever there was ever a time to celebrate and support the mavericks and real diversity of thought, it is now.

If that isn’t valuable, I don’t know what is.

4 thoughts on “Advertising. Mavericks in the echo chamber.”