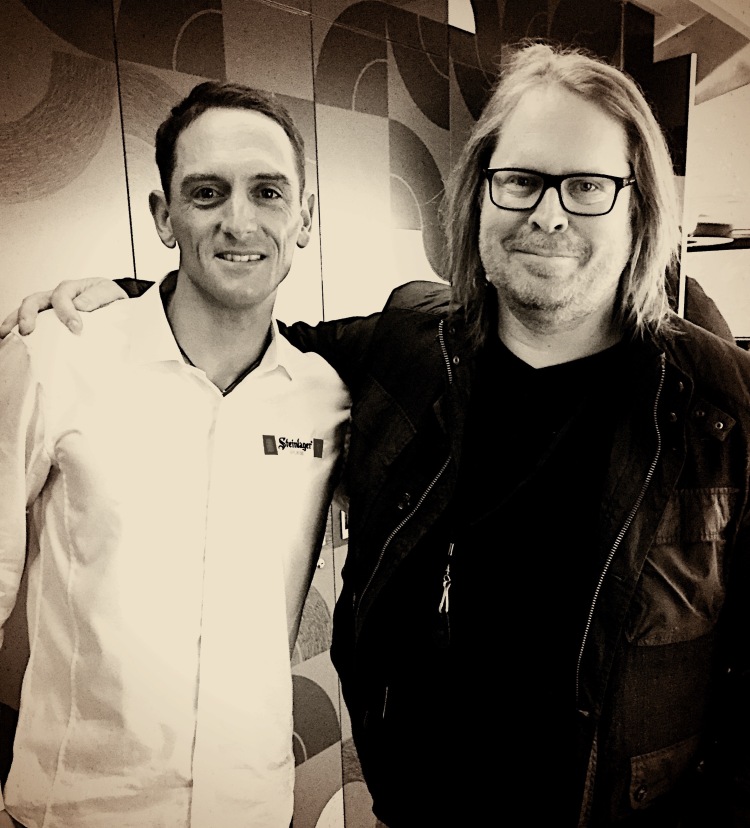 “There is a crack in everything. That’s how the light gets in.”

A couple of years ago, I was lucky enough to be at a talk given by Ross Clarke-Jones in Cannes. This is a man that gets into a boat that takes him a couple of kilometres off shore. He then gets into the water with a surfboard a little larger than him. He is then pulled by jet ski into the path of rolling, roaring terrifying 10 storey buildings. He then surfs on them. For a living.

To this day, I still remember watching the video at the talk of him going down a wave. There is a particular moment I remember. He is bouncing down the face of this wall. There is a ripple in the face of the wave. If I had to guess it must stretch 6 feet away from the wave. The board goes over the ripple and Ross Clarke-Jones free falls about 10 feet, lands and by some miracle keeps dancing down the side of the ocean’s version of the death star. You could tell the whole room was scared because as Mr Clarke-Jones was free falling we all crossed our legs at the same time. Ball tightening fear is an expression that comes to mind.

After his talk, somebody asked him what he did for living. How would he describe his job? His answer surprised me and stayed with me.

He said his job was to control his fear. He was in the business of fear management.

Fear. I’ve been thinking a lot about the idea of fear. What can it give us?  What is the role of uncertainty? And, can creativity and anything original exist in a space with absolute certainty?

As luck would have it, I was about to get two very different answers to these questions.

William Trubridge is the world’s greatest free diver. This truly remarkable New Zealander has broken the world record 17 times.Think about that. Think about that slow descent to a line where uncertainty begins. Where, what you don’t know, starts. You are alone 102 metres under the water on a single breath. And, you are only halfway. There are no guarantees. This is something Trubridge learnt two years ago in dramatic fashion.

Our agency was lucky enough to be working with him on a campaign with one of our clients. He would try and break the world record and we would broadcast his attempt live on breakfast television. He would dive 102 metres. He reached the bottom and seemed like he was going to make it. About 20 metres from the surface he started to get into difficulty. The safety divers had to intervene. He had missed the record by 10 metres. He was interviewed afterwards. He was incredibly humble and upbeat but you could see how much this had hurt. He had prepared for this for years. He promised New Zealand he would come back and break the world record.

Last week, William Trubridge free dived to 102 metres. Just longer than Big Ben. The deepest any man has ever been. Not forgetting the 102 metres back up. He kept his promise. He had felt the fear and continued to swim towards uncertainty. And he did something no man had done before.

In stark contrast, this week I watched a fascinating documentary about a place called Gloriavale. This is a community in New Zealand that has strong religious beliefs and I suppose is reminiscent of the Amish. By all accounts, they are very happy living their life the way they do. They are certain about what is going to happen. There is no fear. There is no uncertainty. There is also no change, creativity or innovation. There is a system. You believe in the system. You follow the system. In a way it’s quite seductive. It is all so simple.

Certainty may remove fear but it also removes innovation and creativity. It removes the opportunity to do anything new or to change. That would break the system and the certainty.

You could not get two more different stories.

Advertising is a bit like this at the moment. Parts of our industry seem very enamoured with process and certainty. It has become a panacea for every affliction. There seems to be a craving of straight, flat lines. Things that are certain. Create a system. Follow the system and it will give us the answer.

Perhaps it will. And perhaps, it won’t. I hope that the pendulum swings again. It will begin to move when the linear and efficient process starts to give the same average answers to the same comfortable questions. When we create so much more disposable work that starts to all look the same. When questions start being asked about the value and quality of what is being made. When somebody starts talking about what, instead of how many and where.

When we all decide to get in the business of fear management, rather than risk elimination.

If Ross-Clarke Jones and William Trubridge teach us anything, it is that uncertainty, risk and fear are a part of pushing yourself beyond the mediocre.  They are necessary ingredients when it comes to doing something great. They are what you have to harness if you are ever going to attempt to do something new. And those risks, today, are not great compared to the greatest risk of all.

Doing something average, that nobody noticed.